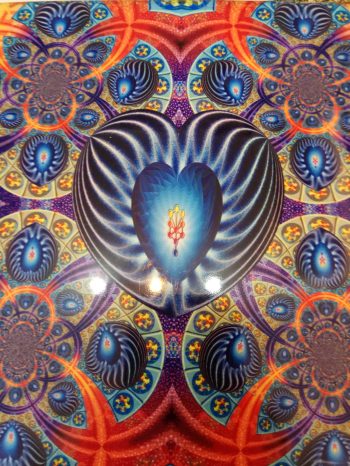 The “Kabbalah” is a familiar name, whose meaning is not always understood. It is a speculative tradition, dealing with the mysteries of God and Creation.

The Kabbalah is an interpretation of the five books of the Bible, (“Torah” in Hebrew), namely Law, or Teaching, and which make up the Pentateuch, in particular from the text of the “Vision of Ezechiel”.

It is a tradition of Judaism that appears from the time of the Second Temple. It it is based on the Revelation. A gift concerning the Nature of man, his origin and his future, this covenant is created by God and the people of Israel, chosen by Him.

Kabbalists associate word and alphabet. The 22 letters of the alphabet were engraved by and in the divine breath.

The city of Tsfat, also called Safed, is located on Mount Canaan at over 900 meters above sea level, and is the city of Kabbalah. It is one of the four Holy Cities of Israel, together with Jerusalem, Hebron and Tiberias.

In 1492, during the Spanish Inquisition, the Spanish monarchs Ferdinand and Isabella banned the practice of all religions other than Christianity, whereupon many Kabbalists and their followers fled to Safed.

It became a city renowned for its synagogues, with the names of Kabbalah scholars, some of whom lived in Safed. For example, Rabbi Isaac Louria, the Ari, who settled here in the 16th century. He developed a method how to study the Kabbalah, which is followed even today by all Kabbalists. His pupil Rabbi Joseph Karo wrote the book ” Choulhan Arouh ”, where the laws of Judaism are summarized by subject. Rabbi Shlomo Alkabetz wrote the famous song with which the Shabbat begins: Leha Dodi.

To visit the Rabbi Abuhav’s Blue Synagogue is a delight. It is adorned with many symbols.

Inside a holy arch stands a sixteenth century Bible, which is taken out and read only on Yom Kippur, Shavuot and the Rosh Hashanah Holidays. The legend says, that if a person ignores this message, a misfortune will befall him within in the year.

The first letters of the three words: Kippur, Shavuot and Rosh Hashanah mean “Kasher” (kosher). It is also said, that in another holy arch, during the Ottoman period, the “Koran” was kept, a ploy that would have saved the synagogue from muslim attacks in times of tension ….

In this holy city, the mystical atmosphere is intertwined with many legends. Visitors enjoy the narrow passage in its alleys, surrounded by numerous colourful galleries of artists.

It is said that, when the Messiah will come from Meron, He will enter the Old City of Safed by “the path of the Messiah”, which has remained untouched until today.

Legend has it that the clean air of Safed allows a longevity of up to 120 years! 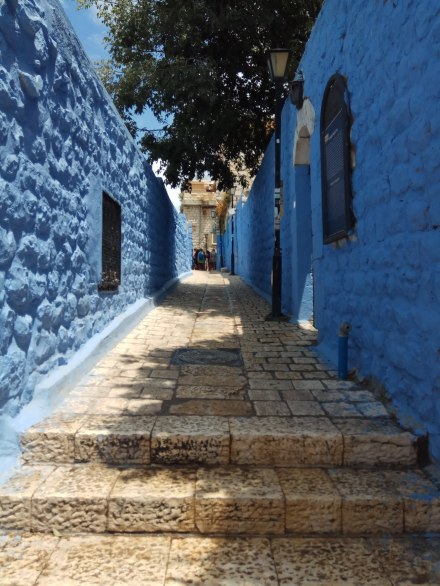