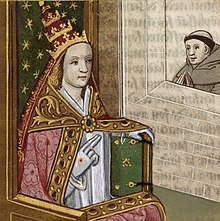 Joan the Popess – A tale or a reality?
Did you hear about the story of Joan the Popess ?
In England, In the ninth century, a popular legend would spread throughout Europe – a story about a woman who reigned as a pope for a few years during the Middles ages.
Some consider it as a rumor or a fiction, others as a reality.
According to medieval sources, Joan  lived near Mainz in Germany in 822. Born in a poor family, she was eager to learn and would spend hours listening attentively to her father reading the Bible texts to his son, hoping that he would be noticed at a time when the few circles of education and knowledge were only reserved for clerics.
Disguised as a man, during a period of war and instability, she was admitted to a monastery, where she spent a few years. She learned and lived according to monastic rules, which was not an easy task for a woman, due to the constant promiscuity of the monks.
Joan’s kind nature and remarkable intelligence, together with her endless devotion to the poor, made her a very unique person. It opened doors for her of several universities and abbeys, including the one in Saint Germain-des-prés. Her outstanding erudition and natural beauty impressed people around her.
She climbed the ladder of the church hierarchy and obtained a position in Rome as a reader of the holy scriptures, before joining the Roman curia where she would eventually become a cardinal.
She fell in love with a knight, which affair was kept secret.
When Pope Leo IV died in 855, she succeeded him and was named John VIII Angelica and she held the chair of St. Peter.
Everything went wonderfully well unil an unfortunate event lead to the uncovery of this subterfuge.
During a procession in 858, she gave birth to a child. The crowd was shocked and felt betrayed by the one person they adored!
She died after this miscarriage. The Pontificate of the Popess Joan ended abruptly against a backdrop of scandal.
After this, another legend tells, that before his inauguration the new elected pope should sit on a chair with a hole in it  in order to prove to be a man. The threat of a new popess could then be eliminated..
In the 16th century, the cathedral of Siena included a bust of Joan among the other pontiffs, but it was abducted after protests in 1600. 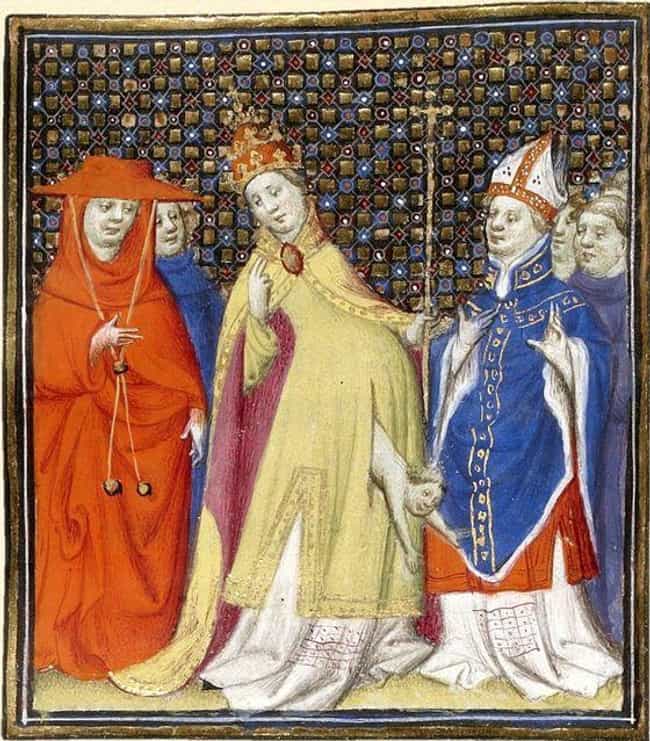