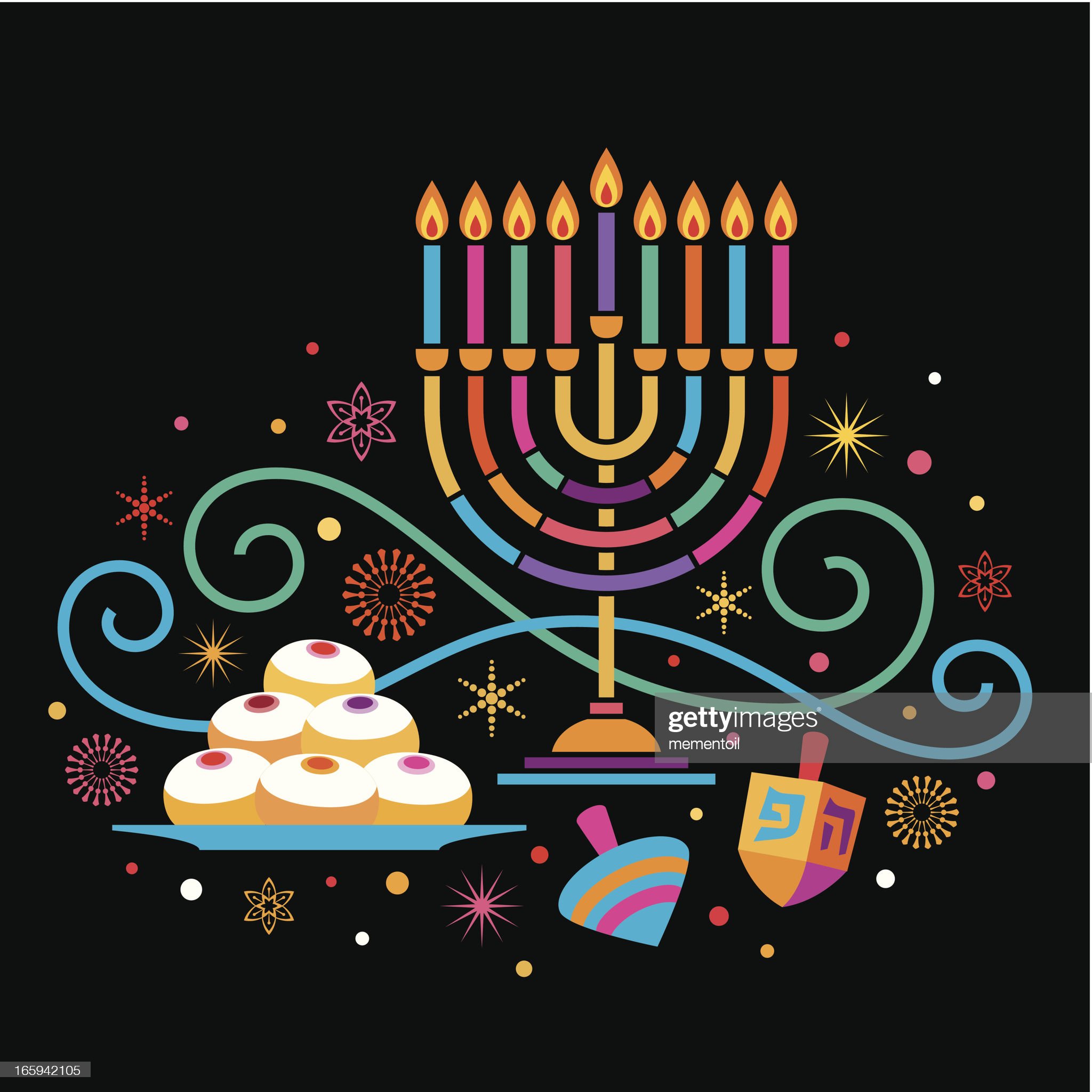 We are halfway through Hanukkah (dedication). Hanukkah is the feast celebrated by lighting a candle daily for the period of eight days, while tasting many delicious and caloric ‘souvganiot’ donuts.

This holiday is also called the Jewish festival of lights. It is a reminder of the rededication of the Second Jewish Temple in Jerusalem by the Maccabees, a group of Jewish warriors, in the 2nd century BCE.

The centerpiece of the Hanukkah celebration is the hanukkiah or menorah, a candelabra that contains nine candles. The legend tells us that only a small flask of oil was available and this miraculously lit the menorah for eight days. The ninth branch, the shamash, is a helper candle used to kindle the others.

Hanukkah is still practised today. It dates from the 5th century of the Christian era, the time of the Talmud (documents compiled about the period of the third to the sixth centuries of the Christian era), and updated at the end of the 19th century by Jewish Zionists, who wanted to re-establish themselves in Palestine.

The Hasidim (pious) wanted to set up this divine miracle of the little flask of oil, of which there is no evidence, rather than approving a re-conquest through devastating battles of the Hasmoneans. A religious holiday celebrated over military victories was inconceivable to Talmud scholars.

Maccabee means hammer in the Aramaic language. It has become the family name of a Jewish family in Jerusalem during the 2nd century BC. This family played an important role in safeguarding Judaism from Hellenism. The name Maccabee originally belonged only to the third son of the Jewish priest Mattathias, Judas, the first person to fight for religious freedom during the persecution of Antiochus Epiphanes and all the defenders of the Jewish religion during the Greek period, were so called.

In -168, when the king of Syria, Antiochus Epiphanes, offered a sacrifice to Zeus on the very site of that of the holocausts of the temple of Jerusalem, followed by all kinds of laws,  imposed by force. Hellenization of Judaism, prohibition of circumcision and the sacrifice to the Greek gods were signs of upcoming revolt.

In the town of Modi’in, the priest Mattathias not only refused to offer the first sacrifice, but killed an apostate Jew and a Seleucid soldier. Many reprisals followed. Judas and his brothers went to war, fighting no less than eight battles. The small number of Maccabees did not weaken in the face of the organized armies of the Seleucids, led by glorious generals who had arrived to reinforce the troops. It took four battles by the Maccabees to take over the location of the Temple and repurify it.

During this entire period of hostilities, the Maccabees could no longer freely celebrate their tradition and had to hide themselves in caves. Their final victory was celebrated for eight days in memory of the Sukkot feasts two months earlier which they could not dedicate and it is for this reason that nowadays the Hanukkah feasts last eight days ….