This magnificent building of Domus Galilaeae is in the lower galilee dominating the Sea of Galilee and the Mont of Beatitudes.

Domus Galilaeae first stone was laid in  January 1999, the building was built in a short period of time with traditional Tuscan stone.

It was inaugurated by Pope John Paul II during his visit for the Holy Land Millennium .

In the center of the library is an ancient Torah.

He is not only the architect but also the innovator of what became in 1964 the Neocatechumenal Way in the slums of Palomeras Altas in Madrid.

On May 13, 2009, he received an honorary doctorate by the Pontifical John Paul II Institute for Studies on Marriage and Family.

The center is designed as a place where Christians would learn about the living tradition of Israel following the footsteps of early Christian saints “who have returned to their Hebrew roots by studying the meaning of prayer, celebrations and Hebrew liturgies” .

John Paul II, who illustrated a new era affinity between Catholics and Jews, stressed the need to appreciate the Jewish roots in order to live an authentic Christianity. 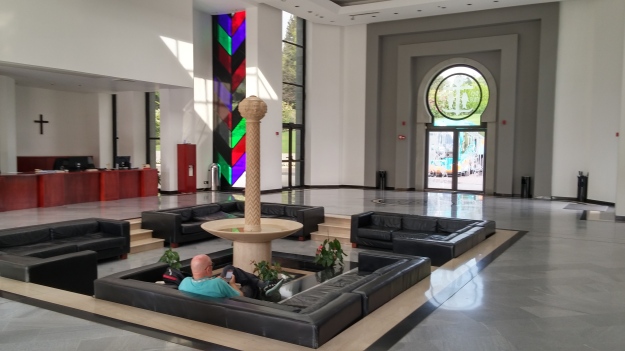 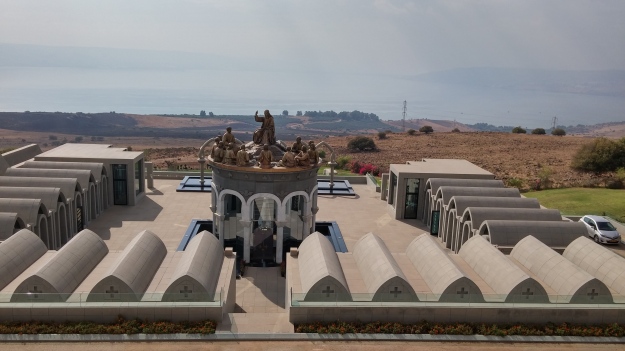 Domus Galilaeae roof and terrasse overlooking the Sea of Galilee 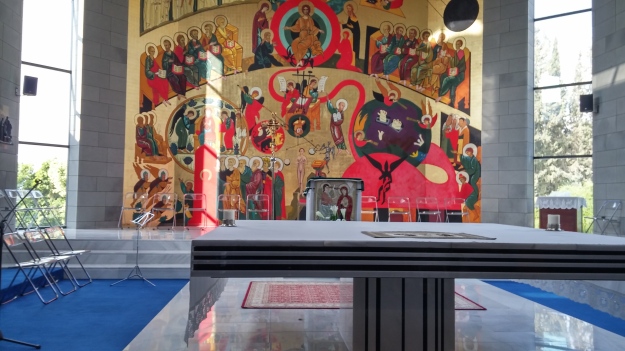