Eliezer Ben Yehuda and the revival of the Hebrew language.

“The success of Hebrew proves that an old language can adapt to a new reality” (Academy of the Hebrew language).

Eliezer Ben-Yehuda, was born on January 7, 1858 in the Belarusian village of Luzhki. His birth name was Eliezer Yitzhak Perelman.

Born into a Hassidic Jewish family, he studied Hebrew and the Bible at the “Cheder”. From the age of twelve he started studying  the Torah, Michna and Talmud as well.  He became a talmudic student at the local  “Yeshiva”.

His family had hoped that he would become a rabbi. However, his affinity with the Hebrew language was of more significance to him than religion.

Eliezer Ben Yéhuda was deeply convinced that the redemption of Israel would only be accomplished by the revival of Hebrew as a national language.

In 1877 he wrote:” A country cannot really become a living nation other than through their return to the land of the Fathers”. And again: “Hebrew is the only way to achieve the redemption of the Jewish nation. The revival of the Hebrew language in the Land of Israel could unite all Jews around the world “.

He left Russia in 1878 for Paris, where he undertook studies of History and Politics of the Middle East at the Sorbonne University. Unfortunately, his fragile health did not allow him to end these studies. In 1881 however, he arrived in Palestine with his plans to revive the Hebrew language.

He and his wife Dvora decided to adopt Hebrew as their mother tongue.

Their first son, Ittamar Ben-Avi, born in 1882, was the first Hebrew-speaking child in modern history. The need to find Hebrew words, suitable for the ordinary activities of daily life, had become a necessity.  Eliezer Ben Yehuda therefore created new words and expressions in Hebrew. Four other children were to be born from this union, before his wife Dvora fell sick and died of tuberculosis.

In 1884 he founded the newspaper “HaTsVi” (“the deer “), in which articles were written in Hebrew and in which he urged the young pioneers and the future founders of the State of Israel to speak only in the Hebrew language. He instructed schools to study only in Hebrew. In his newspaper he wrote columns with new words he created to enrich the modern Hebrew language.

Having also become a teacher at the School of the Alliance Française Universelle, he constantly propagated Hebrew, despite the lack of textbooks in this language.

Orthodox Jews in Jerusalem, who were opposed to Zionism and the revival of Hebrew language, denounced him to the Turkish government as revolutionary. He was arrested and was only released by the intervention of Baron de Rothschild.

He went into exile in 1914 in New York, fleeing the Ottoman persecution, and returned to Eretz Israel at the end of the First World War to pursue his ideology. He was delighted to see the City of Jerusalem had grown, and that the Hebrew language had caught on.

Despite all his work, the family lacked means. Living in permanent discomfort, Ben Eliezer fell ill again with tuberculosis. However, his bad health condition did not stop him from travelling to Europe, where he visited various universities to study works written in ancient Hebrew, so he could write a dictionary of modern Hebrew.

Eliezer Ben Yehuda died in peace in 1922. During his lifetime, Hebrew was recognized as an official language by the British Mandatory Administration. After he died, three days of mourning were declared for this Great Man. Thousands of people came to pay their respect at his grave. 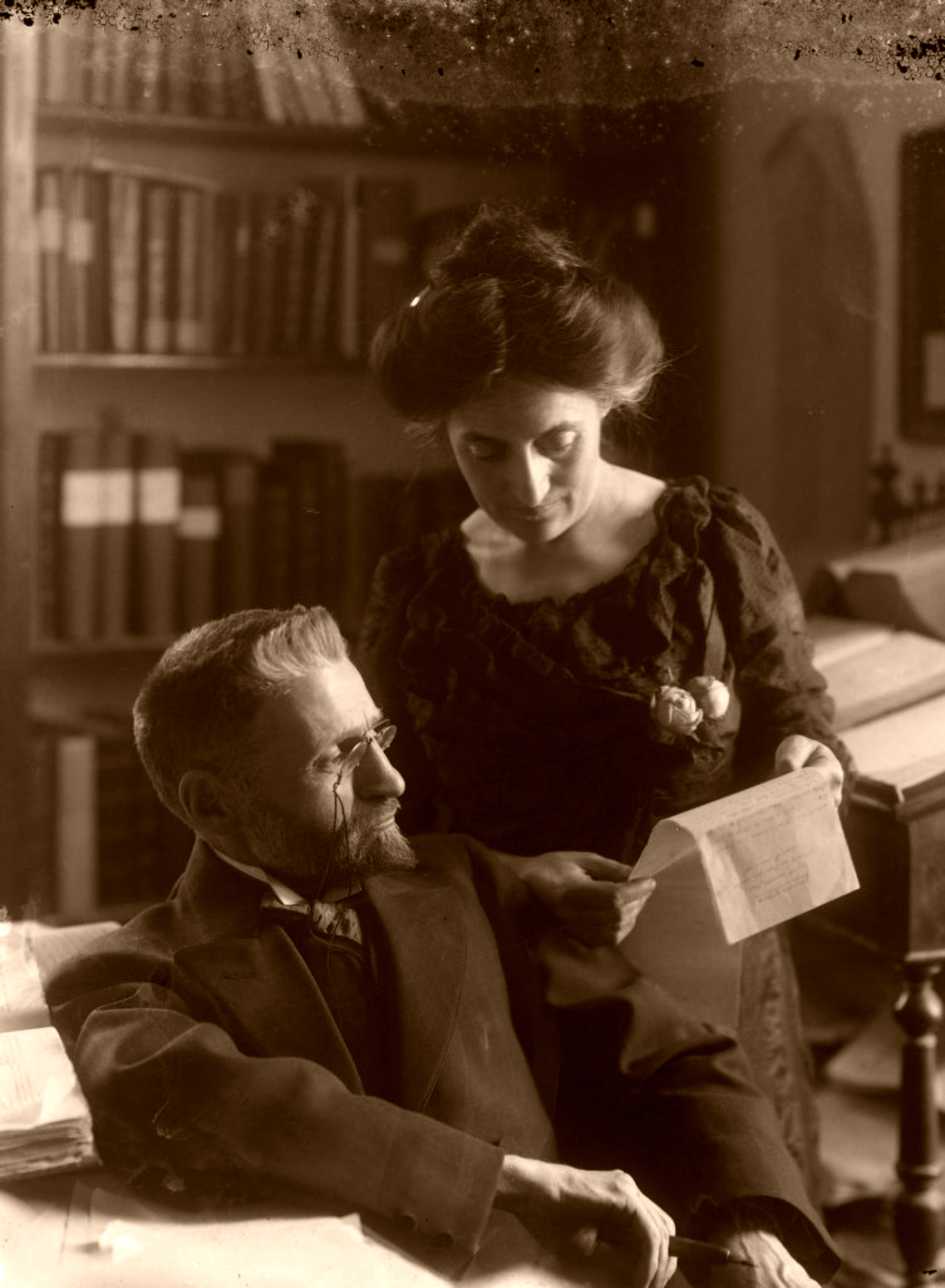 Trumpeldor street in Tel-aviv, situated south of the White City and close to its beautiful beach is where one can find the most famous cemetery of Israel. One could call it the Israeli  ”Père Lachaise’.

At the end of the nineteenth century it was located outside the City of Jaffa,  when Tel- Aviv did not yet exist..

The cemetery was situated far away to the Northern part of the Ottoman urban City of Jaffa. During late afternoons, when darkness fell over the country,  the ‘undertakers” had sometimes difficulties to find their way to the cemetery, and many stories were spread about this awkward transportation. One of the reasons was that the Plague invaded the city and in order to avoid an epidemic the bodies had to be hastily buried as far away as possible.

The dilapidated state of the cemetery has been a deep concern for the Israeli patrimony lovers. Some of the graves are even nameless.

But what a wonder to discover the names of some notabilities that are buried here :

As children say, in the Trumpeldor Cemetery one can find

ALL THE NAMES OF THE STREETS OF CITIES OF ISRAEL

Bialik Street is located in the heart of Tel Aviv. It begins on Allenby Street and ends with Bialik Square, where the first City Hall of Tel Aviv was situated.

This is probably one of the most beautiful streets of Tel Aviv. One must take the time to stroll and admire the abundance of beautiful homes and historic monuments, which are a delight to the eyes.

Next to the old Town Hall there is the Felicia Blumental Music Center, dedicated to the pianist of the same name. The building, constructed by the notable Shenkar family, with its orange color also incorporates the Music Library of the city.

Bialik Street is named after Hayim Nahman Bialik, one of the greatest Hebrew language poets, who today is considered to be the National Poet of Israel.

Born in a religious family he studied in a yeshiva (Talmudic school). After that he moved to Odessa, a mythical city of cultural crossroads , where he met Ahad Ha’am, the spiritual Zionist, who became his friend.

He traveled to Palestine for the first time in 1909. In 1920 his friend Maxim Gorki helped him fleeing the Bolshevik dictatorship and Hayim Bialik left his native Russia.

As a very wealthy man with a great reputation,  he was much in demand by the local figures  and was promised that a street be dedicated to his name, where he would build his house in 1925.

The Bialik House, the Museum of the painter Reuben Rubin, the Bauhaus Museum (house of Shlomo Yafé), and, at the Bialik Square, the new Museum of the History of Tel Aviv – Jaffa, where once stood the Town Hall of Tel Aviv.

At the end of Bialik Street there is a cafe with an unusual history. It was called the Sapphire Café, Café Nightingale, Gan Rave and, for fifteen years Café Bialik.

Since its construction in 1930, it became an attraction for students and intellectuals living in the neighborhood. Hundreds of people would come to admire the fascinating new interior design style of the building. On Thursday evenings, the terrace was used as a dance floor.

During the second Intifada a Palestinian person committed a bomb attack on Cafe Bialik.  One man died and several were wounded. It was quickly reopened, but today it covers only a part of its original surface.

In October 2007, the owner of the building, Danielle Weiss, with the permission of the Mayor of Tel Aviv, wanted to destroy this historical building in order to build a high tower.

How ironic… at that specific time the city was making preparations to celebrate the 100th birthday of the White City….

A petition was then signed by the residents’ associations and friends of Tel Aviv . They succeeded in restraining the decision to tear the cafe down..

Additionally, another scandal  was going to be unveiled: the beautiful mosaic of Nahum Gutman, telling the history of Tel Aviv – Jaffa through time was exposed for many years in the square of the old Town Hall and had disappeared mysteriously!

This mosaic was removed during the renovations of Bialik Square and nobody knew where it was. However, it was found in a very dark and rubble place, ready to be forgotten… This scandal reveals once again that the past has little importance for some notables representing this city.

This piece of art was then installed in a new surrounding between Rothschild Boulevard and Neve tsedek,  at the foot of a tall tower so adored by the Mayor of Tel Aviv …

whose dream is…  that Tel Aviv will become a Second New York!